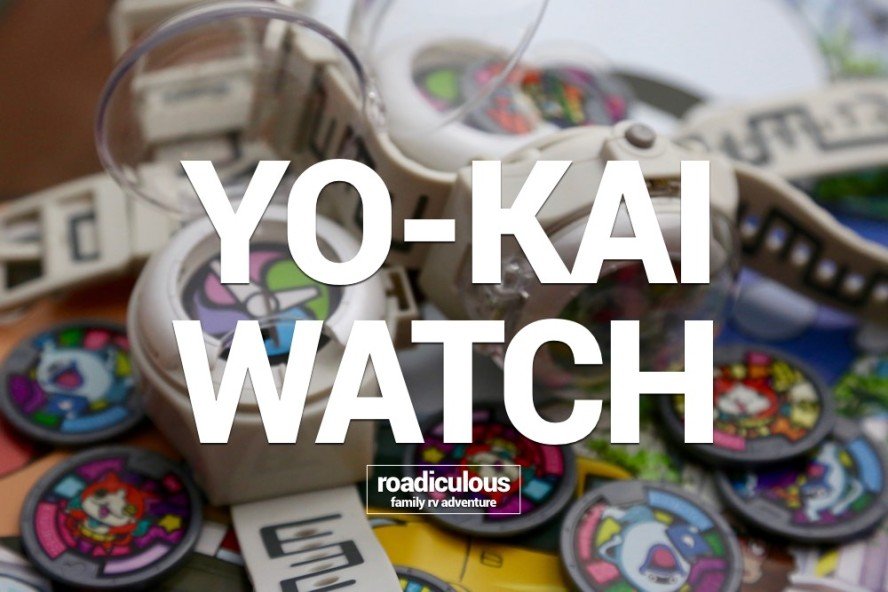 FTC Disclosure: I was compensated both financially and in product by Hasbro for the Yo-kai Watch (#YokaiWatch) campaign. All opinions remain my own.

It doesn’t happen often that our family is blind-sided by pop-culture. We pride ourselves on being pop-savvy. We know what’s trendy on Disney XD. We pay attention to the endcaps at retail stores. You get the picture. But by our own ignorance, we did not know about Yo-kai Watch.

Yo-kai Watch is a really big deal. It beat Star Wars VII: The Force Awakens on opening weekend in Japan. It is the top-rated show for kids 4-12 across all genres on TV TOKYO. A pretty amazing feat.

The story centers on a young boy named Nate who when searching for exotic insects in the woods, accidentally unleashes a Yo-kai named Whisper. As thanks for freeing the mysterious spirit, Whisper offers his “butler” services and gifts Nate with the Yo-kai Watch. The device allows Nate to see other Yo-kai that are otherwise invisible to humans. The Yo-kai each have unique personalities and powers, but most are known to cause mischief among unaware humans. Nate befriends and collects the Yo-kai he encounters through magical discs that when inserted into the watch can summon Yo-kai to counteract the effects of other mischievous spirits.

We had the pleasure of previewing four episodes of the animated series – Disney XD is now airing Yo-kai Watch Mondays at 5pm EST – and we found ourselves fixated to the television. Nate is an instantly likable hero struggling to figure out school and the girl he likes. Whisper is his obnoxious sidekick, but he’s genuinely interested in helping Nate navigate life. Their adventures are extraordinary, it’s what kept us binge-watching the DVD and YouTube over the course of a rainy Saturday morning. Do you remember how you felt discovering Saturday morning cartoons for the first time? That’s how I imagine my little bromads felt meeting Nate, Whisper and his Yo-kai colleagues as well.

Of course, there’s also the toys! Hasbro provided a bounty of Yo-kai goodies like replica watches, character discs and trophies for us to enjoy! The Yo-kai Watch is a powerful tool in the hands of a child because while it may not actually summon spirits, it does unlock the imagination in the way iPads and video games cannot. Ironically though, there is an accompanying app/video game available for consumption. You can collect (see also: purchase) Yo-kai discs and add them to the Watch, app or Nintendo 3DS, and play with them in mini-games.

Fans can collect and befriend their favorite Yo-kai from the animated series, airing on Disney XD in the US this fall, and use their imagination to discover the Yo-kai in their everyday lives with collectable Yo-kai Watch character figures and medals.

The bromads were very much interested in investigating strange occurrences around our latest RV campground. Apparently…there is a Yo-kai responsible for leaving the bathroom lights on every waking minute of the day! *I am not above using Yo-kai as a tool for conservation! Inserting discs into the watch took some practice in patience, but once activated, the watch spews a myriad of music and phrases from the show which add to the interactive nature of the toy.

I think what resonated with us the most is Yo-kai Watch’s parallel to our RV lifestyle. Looking through the watches viewfinder for hidden Yo-kai spirits is very much the same as observing the world through an RV windshield. We took this voyage to discover the world around us, the world hidden from the windows of our old brick-and-mortar home. The RV, like the Yo-kai Watch, is our tool of discovery and adventure. I’m also pretty sure there’s a Yo-kai breaking stuff around the RV. *RV’ers know what I’m talking about! Now if only we can track down the Yo-kai who thwarts the cursed bathroom lights spirit.